It became extra dramatic when Stora Tuna due to an organizer’s mistake had to wait for the start on leg 23. Tove Alexandersson, who ran second last for Stora Tuna, however, made a strong leg and was able to make up part of the distance. Emil Svensk was then sent out on the final leg in the lead, closely followed by OK Linné, OK Kåre and IFK Göteborg.
In the end, the margin of victory was 4 seconds for Stora Tuna, who took their fourth victory in 25manna. OK Kåre finished second and IFK Gothenburg third, 10 seconds behind the winners.

319 teams started in this year’s 25manna relay. The organizers Snättringe SK and OK Södertörn hope you have had a nice day in the forest and hope to see you again for the middle distance.
Next year’s 25manna relay is organized by IFK Tumba and Tullinge SK in Lida. Welcome back! 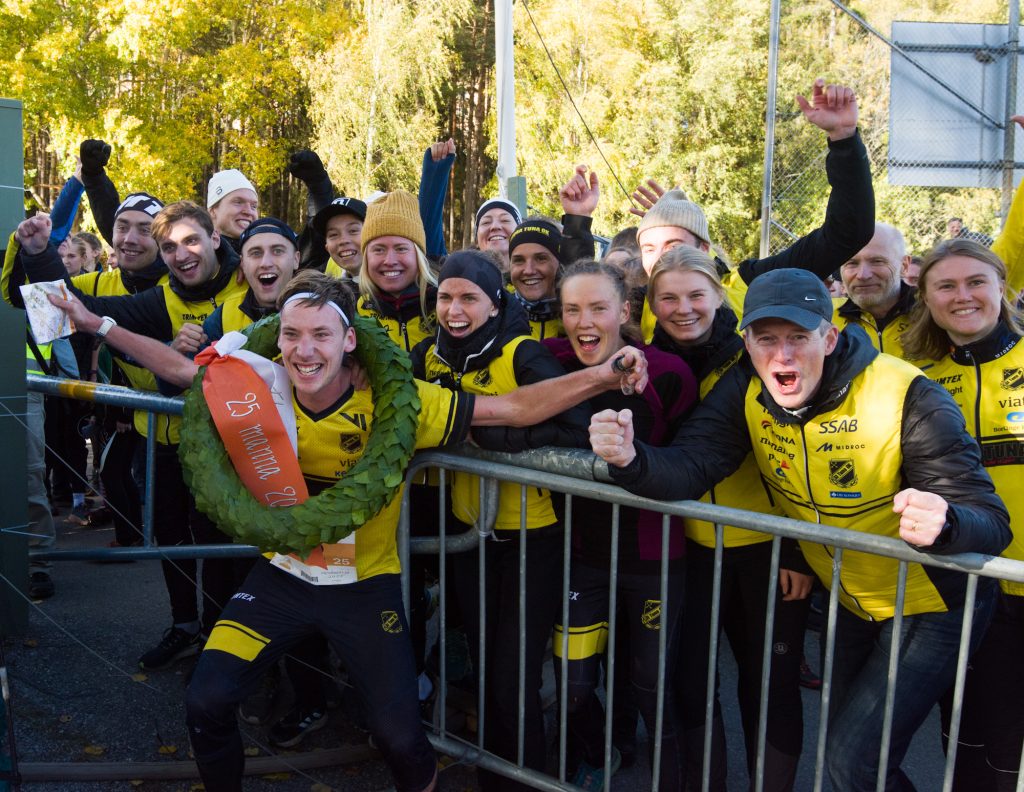